Kofta is a family of meatball or meatloaf dishes found in South Asian, Middle Eastern, Balkan, and Central Asian cuisine. In the simplest form, koftas consist of balls of minced or ground meat mixed with spices and/or onions. Koftas in India are usually served cooked in a spicy curry/gravy.

Nargisi Kofta is a popular dish in erstwhile mughal/muslim ruled areas like Lucknow, Hyderabad, Delhi and Pakistan. The name comes from a flower called Nargis, found in Iran, which has two layers of different colours.

This Kofta curry is unusual and different from others; hardboiled egg encased in a layer of keema and cooked in a silky almond and cashew gravy.

You wont get it in most of the restaurants these days as the process is a bit tedious. Try at home and I bet you will like it. 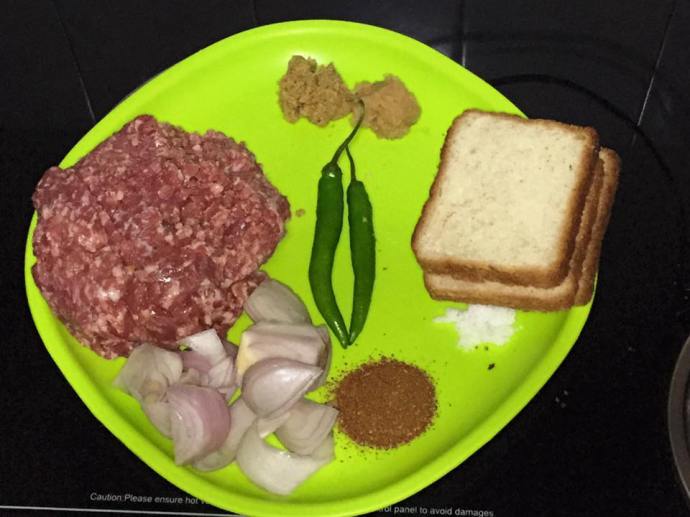 Lets start with making the Koftas.

You will need about 500 gms of keema, one large onion, ginger and garlic paste, green chillies, garam masala, salt and two slices of bread.

Grind all these ingredients to a fine consistency. Bread helps in binding the kofta and in preventing it from breaking while frying or cooking in the gravy

The mixture should be ground to a fine consistency. Hard boil five to six eggs.

Soak about 20 almonds and 10 cashews in warm milk for three to four hours. Soaking overnight in fridge is better as that would make the nuts softer and the paste smoother. Peel the almonds. Grind the nuts with the milk they were soaked to a smooth creamy paste. 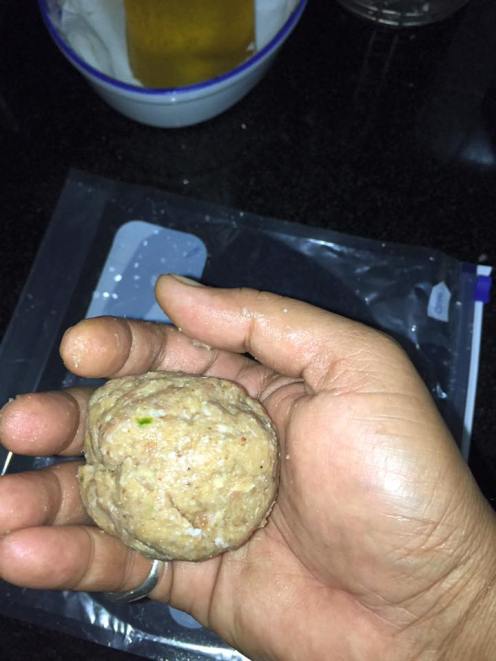 The mixture is quite sticky and you should wet your palms before handling the mixture.

Wet your hands with a little bit of water, pick enough keema mixture to cover an egg. Make a ball of the keema. 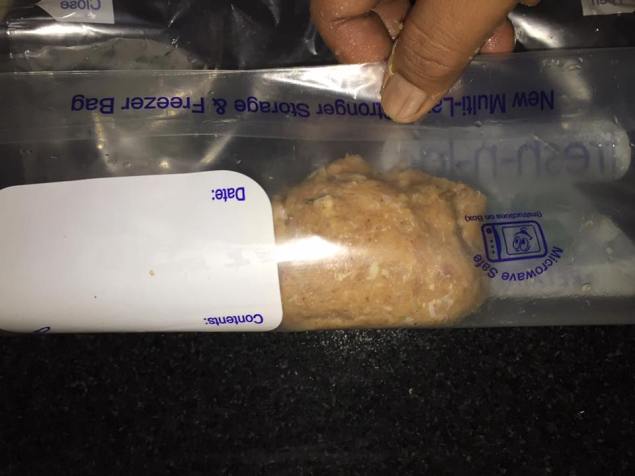 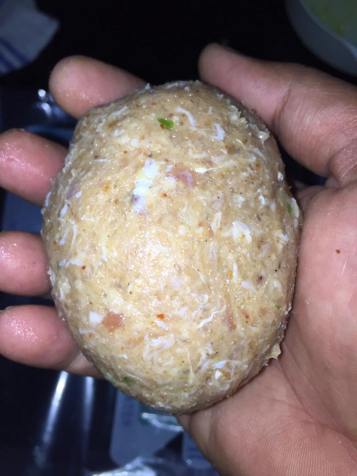 Take a sheet of plastic or a plastic bag, spread a few drops of water on it. Spread the keema ball on the sheet and put the egg in the middle. The plastic bag and water on it will help the mixture from not sticking while shaping the kofta. 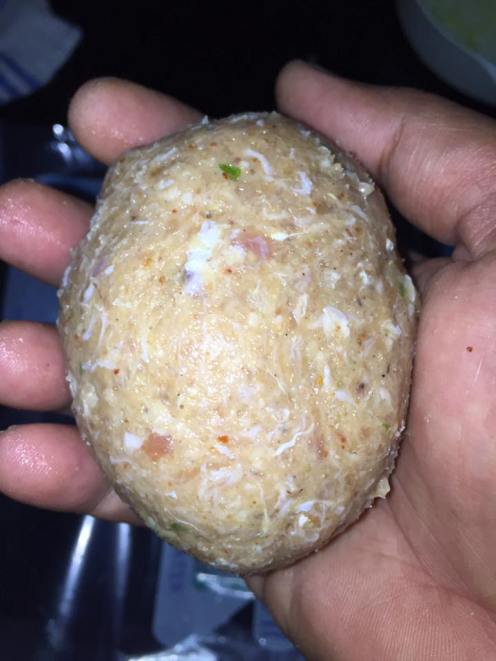 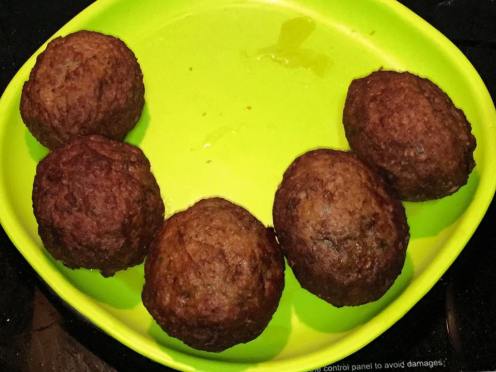 Wait until the koftas cool down.Cut the koftas with a sharp knife into halves.

Heat couple tablespoons of oil. Fry the whole garam masalas in it for few minutes. Add the onion paste and fry until golden brown. Add the green chillies (sliced fine) and powdered masalas and fry. Add the tomato puree and cook until oil floats on top. Switch off the flame and add the curd while stirring continuously until the curd blends completely with the gravy. Switch on the flame, cook for few mins again and then add the almond-cashew paste. Add half a cup of water and salt. Cover and cook on low flame until the gravy becomes thick. Taste the gravy. If its sour for your taste add a bit of sugar or honey.

I have added about 100 gms of keema to the gravy, after frying the tomatoes, for enhanced flavour. Its optional.

Add a spoonful of kewda water to the gravy. Place the koftas carefully in the gravy, face up. Cook on low flame for 5 mins.

Your Nargisi Kofta is ready. Sprinkle finely diced coriander leaves on top and serve with roti or paratha.